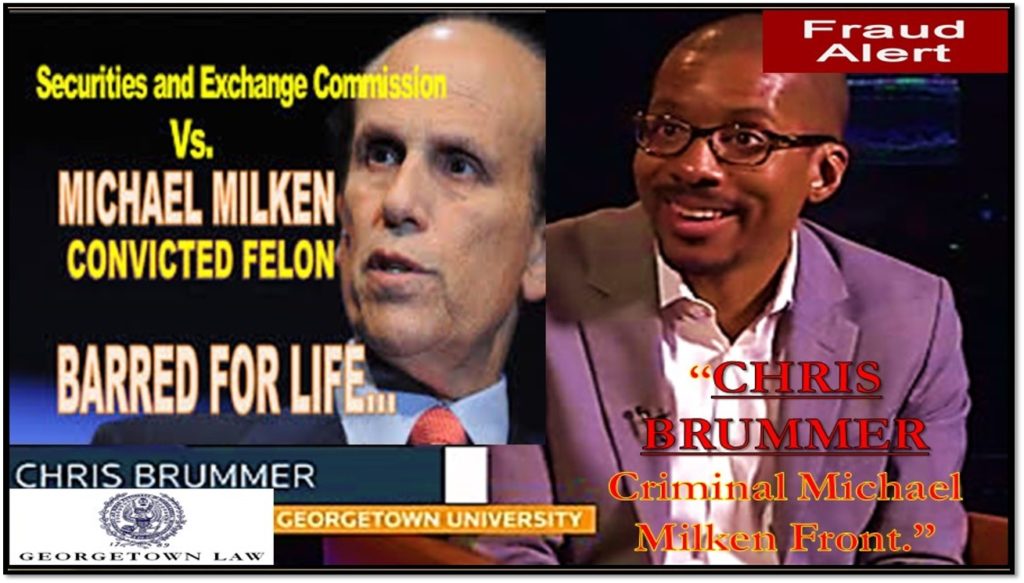 In the twilight of the Obama era, an obscure Georgetown Law PROFESSOR CHRIS BRUMMER was one of the nominees to the Commodity Futures Trading Commission (CFTC), subject to Senate confirmation hearing, which is seemingly good news at first for America’s farmers. However, as the old saying goes, “the devil is in the details.”

Readers may conclude the “devil” among the CFTC political nominees is Chris Brummer, a shady Georgetown Law School academic who has failed pretty much in every job in the private sector. Not surprised. Broadly known as “Dr. Bratwurst“, Professor Chris Brummer has a PhD in the bizarre “Germanic Studies” – the learning of the German language, German music, dances with half-naked European women as well as grilling Bratwurst sausages during Oktoberfest. What about Chris Brummer’s ag experience? Unfortunately he has none, zero.

A CFTC position is about regulating America’s commodity markets, making sure America’s well deserved farmers get the best possible prices for their farm products while consumers enjoy safe and high quality foods proudly “Grown in the USA.”

“Chris Brummer is highly unqualified for a CFTC position,” the leading Ag industry publicationFeedstuffs also pointed fingers squarely at Brummer’s clear deficiency as a man with “no ag experience.”

Since the Brummer nomination, farmers across the nation have raised hell over Professor Chris Brummer‘s weak credentials. Don’t blame the farmers. It is their livelihood on the line:

“The farm folks just don’t understand how the Dr. Bratwurst – Professor Chris Brummer‘s background in making Bratwurst sausages, drinking German beer during Oktoberfest and cheering with barely dressed European girls have anything to do with regulating America’s agriculture!” Sounds like a fair question from a corn farmer in Iowa.

“What’s the connection between America’s farms and Chris Brummer’s German opera and folklore? Is it because Bratwurst sausages are made out of hog meat therefore Chris Brummer can claim somehow his Germanic Studies degree is related to agriculture?” Another fair question from a farmer in Illinois.

Bombarded with questions filled with strong suspicion of Brummer’s background rooted only in the world of academics, the festivity surrounding Chris Brummer’s short-lived “fame” and long-lived notoriety may just burn up in flames. 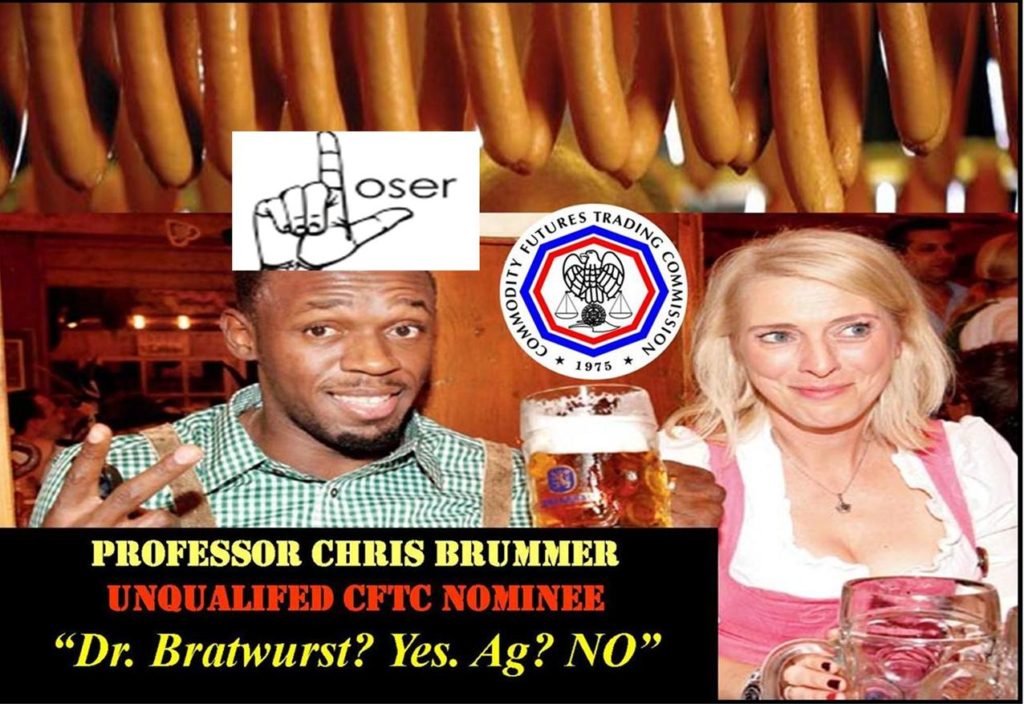 Chris Brummer may be a nice, smart guy. Sure, for the simple farm folks in Idaho plowing potatoes, a shining “Georgetown Law School” badge and Brummer’s perfectly groomed goatee may be more than enough to charm some grandmas sitting on wheelchairs in a nursing home. But let’s talk about his experience — or lack of. In terms of agriculture—you know, the folks the CFTC are supposed to be looking out for – Chris Brummer has zero experience. Chris Brummer also has no experience whatsoever in the markets CFTC is supposed to be regulating. Not a stitch.

CHRIS BRUMMER could be a better fit starring in the 1927 film “Uncle Tom’s Cabin” – but not as a regulator holding the lives of millions of American farmers in hostage.

The mission of the CFTC is to “foster open, transparent, competitive and financially sound markets, to avoid systemic risk and to protect the market users and their funds, consumers and the public from fraud, manipulation and abusive practices related to derivatives and other products that are subject to the Commodity Exchange Act.” The traditional futures markets were once regulated by USDA, then Congress created the CFTC in 1974.

The Senate Agriculture Committee is tasked with vetting and confirming CFTC nominees. Chairman Pat Roberts has stated publicly he will not stand for this lack of agriculture experience. Roberts said reauthorizing the CFTC would be “useless” if commissioners “don’t comprehend how their decisions impact end-users, especially agriculture producers.”

The Agriculture Committee already has a number of items on its plate this year — Child Nutrition Reauthorization, biotech labeling and of course CFTC re-authorization under the Commodity Exchange Act. There is no chance Chris Brummer will even get a Senate hearing, let alone a confirmation.

“Is anyone seeing a big letter “L” across Brummer’s forehead yet? It’s there already.”

CHRIS BRUMMER, CFTC NOMINATION IS A POLITICAL FAVOR TO THE CRIMINAL MICHAEL MILKEN

Fitting in a confirmation of Chris Brummer seems impossible for the Senate, which has led readers to pose some new questions to Chris Brummer:

How could an obviously unqualified academic with a background in German beer, sausages and opera be a political nominee to the CFTC? Money and politics may be the right answers.

Chris Brummer has a strong man behind him: Michael Milken, the convicted financial criminal known as the “King of Junk Bond.” According to the LA Times, Michael Milken was barred for life by the Securities and Exchange Commission. Sources say Chris Brummer was Milken’s front man to exert influence over CFTC so that Milken could potentially make a killing in the commodities markets to avoid securities dealings, which were barred for life by the SEC. Michael Milken is also known as a large donor to the Democratic Party and to The Clinton Foundation. In the last year of an Administration, politicians often nominate knowingly unqualified folks in order to show appreciation towards their political donors who have doled out big bucks.

Appointing Chris Brummer to the CFTC is a political setup – at the expense of America’s agriculture industry. What do the hardworking American farmers get in return? They get screwed over by a lousy, unqualified CFTC nominee named Chris Brummer, who would most likely take care of his special interest in Washington.

No wonder Americans are mad over Washington during the 2016 presidential election. Hopefully under President Trump, Chris Brummer will be placed in the right spot where he truly belongs: A Georgetown “professor” who enjoys dark beer and dancing with German girls in Munich. Life will go on just fine for Brummer, Dr. Bratwurst, the man of “Germanic Studies.”

Please, just don’t shovel the useless Chris Brummer down the throats of American farmers and treat America’s ag industry like some abandoned child.