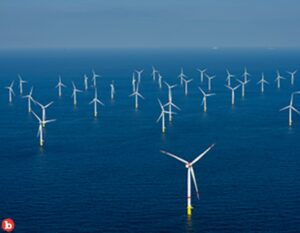 So alternative energy isn’t really new news at all anymore, which is a good thing.  Solar and wind energy generation in particular have exploded in recent years, creating new industries, jobs and now, some new controversy.  An American solar energy company is suing to block the development of the US’s very first large scale offshore wind farm.  The lawsuit is coming from Allco Energy, spearheaded by its owner Thomas Melone.  A casual glance at these facts might make one to assume this has more to do with competition in the market, as opposed to the allegations in the lawsuit itself.

So almost every large development of alternative energy has come with hefty criticisms of the supposed negative impacts resulting from them.  And this seems to be a rinse/repeat of that equation against the Vineyard Wind project in Massachusetts.  Allco Energy, but really Melone, are accusing the Department of the Interior with improperly giving the offshore wind project the go ahead to proceed.  In total, the suit makes 18 different claims claiming the Vineyard Wind project violates the National Environmental Policy Act.  And yes, this includes saying that it would destroy the local fishing industry.

MELONE’S SUIT MAKES ALL SORTS OF CRAZY CLAIMS ABOUT OFFSHORE PROJECT, BUT IS IT PERSONAL TOO?

But even more, Melone’s suit claims that a Category 5 hurricane would topple the offshore turbines over into the sea.  If this seems unlikely to be true to you, join the club.  So let’s provide a little background about Melone, who has filed a veritable pile of lawsuits in various states where various parties tried to prevent his solar projects.  And chief among his arguments is that the urgency of the climate crisis outweighs anything else.  In Vermont alone, he’s filed at least 10 appeals with the state Supreme Court.  There’s something fishy with this lawsuit, at a minimum.

But, it’s also worth noting that Melone lives part time in Edgartown, Martha’s Vineyard.  And yes, his home faces where the offshore wind project will create energy.  So let’s see if the courts take his history and residence into consideration when it reviews these 18 claims.

Tennessee Has Cow Over Covid Vaccine, But ...