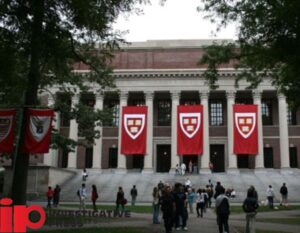 So for the casual reader, this may seem rather unexpected.  Harvard University is divesting $41 Billion of its endowment from all fossil fuel investments.  It’s been a topic for several years, with students and alumni both having ongoing commentary about responsible investing, especially as the scale of the university’s investments have such a sizable footprint as a trendsetter.  And now, at last, Harvard has decided that clearly it is a good time to pull their assets from investments in companies and industries that have put the world’s climate at risk.  I’d like to give Harvard kudos, as it were.  But this decision is clearly an indicator that Harvard no longer thinks these are good investments moving forward.

Yet it’s also worth noting that with the ongoing storms hammering the world, and especially the Gulf states, that the dialogue on investments like these will change rapidly.  Harvard has decided to avoid the condemnation from both within and without by getting their money out of an investment sector that has seen its day in the sun.  Now that Harvard has made this move, you can expect the market to take note, with many other institutional investors to follow.  Harvard has already divested 98% of these investments, with the remainder being legacy investments which will liquidate in short order.

Related: Tennessee Likes Vaccines For Cows, But Not For Humans?

So what is next for Harvard?  Well, as you might expect, University President Lawrence Bacow is tying these divestments to the recent IPCC report on climate change.  But beyond that, he announced that Hthe university is set to achieve full carbon neutrality by the end of June, 2022.  So let’s hope the market notices, and the demand for a greater share of the market follows suit.  There will be a marked boom in new investments, partnerships and business ideas in a new, decarbonated future.  It will be good business, and safer for the world.