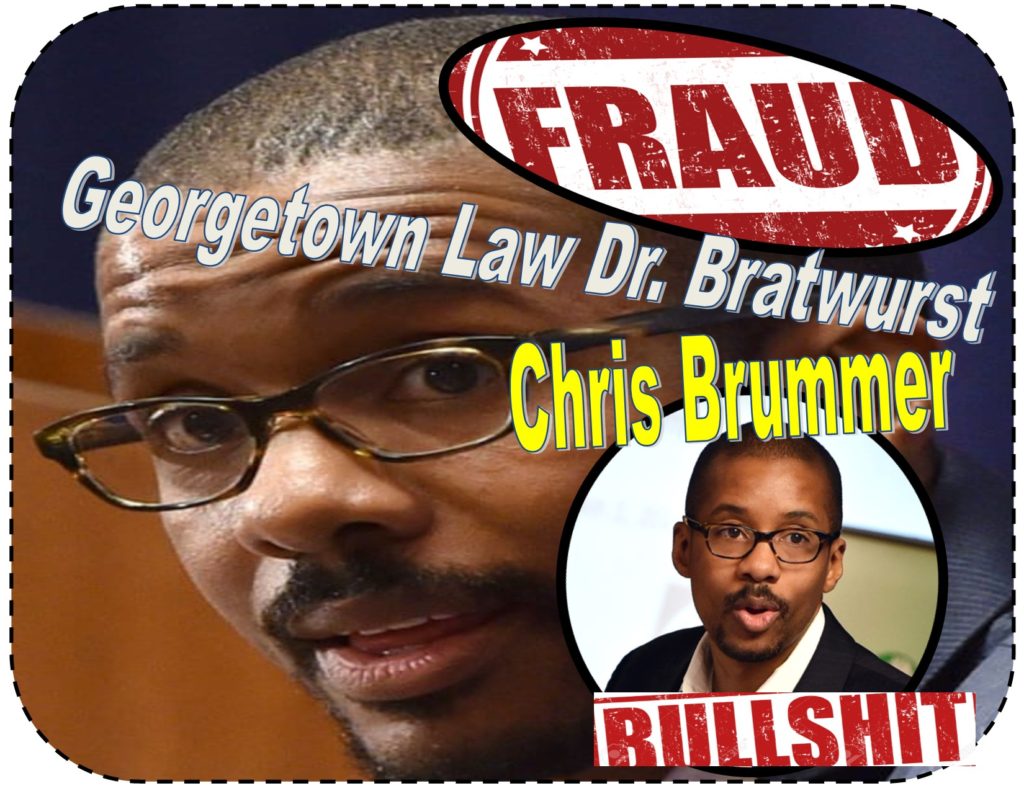 Chris Brummer is a notorious “fraudster and a phony,” the suit charges.

The $100 million claim against Chris Brummer was filed on October 2, 2017 in the Supreme Court of the State of New York, charging Chris Brummer and a rubber stamp FINRA NAC with defrauding the DOJ, SEC and defaming a New York billionaire financier, costing the famed banker at least $100 million in damages, the lawsuit revealed. 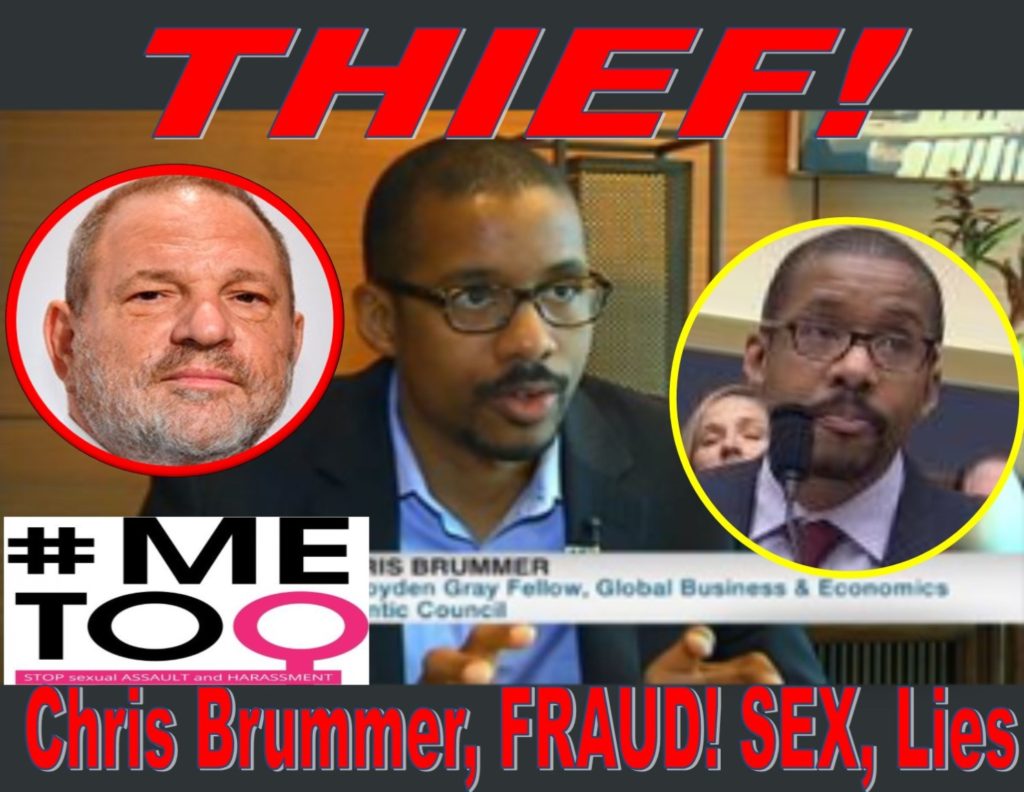 NOT A FINRA MEMBER, BUT FINRA WANTS TO SKIN YOU ALIVE ANYWAY

At the center of the fraud charges against Chris Brummer is a simple question that deserves publicity: If you are not a member of FINRA, the Financial Industry Regulatory Authority, does FINRA have the right to implicate you in a serious crime, without a hearing, without due process? The same analogy is true when a pedestrian is hit by a truck, no warning, just a dead body soaked in blood.  Chris Brummer is the FINRA “driver with a DUI.”

More, does FINRA’s so-called regulatory authority over its paid club members extend to more than 330 million Americans who are nonmembers of FINRA?

FINRA is not law enforcement. FINRA has no jurisdiction or authority over the public who are not FINRA members. It makes sense: FINRA derives its authority solely from its written contracts signed with FINRA club members.

The lawsuit against Brummer stems from a 2013 FINRA enforcement case involving two African-American FINRA brokers Talman Harris and William Scholander. At the time, FINRA made many allegations including that these two men had been bribed $350,000 to promote NASDAQ-listed Deer Consumer Products, Inc, the world’s largest manufacturer of juicers and blenders, a highly profitable NASDAQ-listed company with nearly a billion dollars in market capitalization.

But the bizarre FINRA enforcement case lacked a leg to stand on from the start: no government authority has ever accused Deer Consumer Products of any wrongdoing, let alone charged with a serious crime like bribery. And Deer’s bank statements and corporate records produced by the DOJ prosecutors reveal not a penny was ever paid to Harris/Scholander, let alone $350,000. Nonetheless, Harris and Scholander were barred from FINRA membership in a rigged FINRA kangaroo court overseen by Brummer and his co-conspirator CHARLES SENATORE. Read more: FINRA CEO RICK KETCHUM PLAYED LIKE A FOOL, SPONSORS RACISM, ABUSER JEFFREY BLOOM CAUGHT PANTS DOWN. 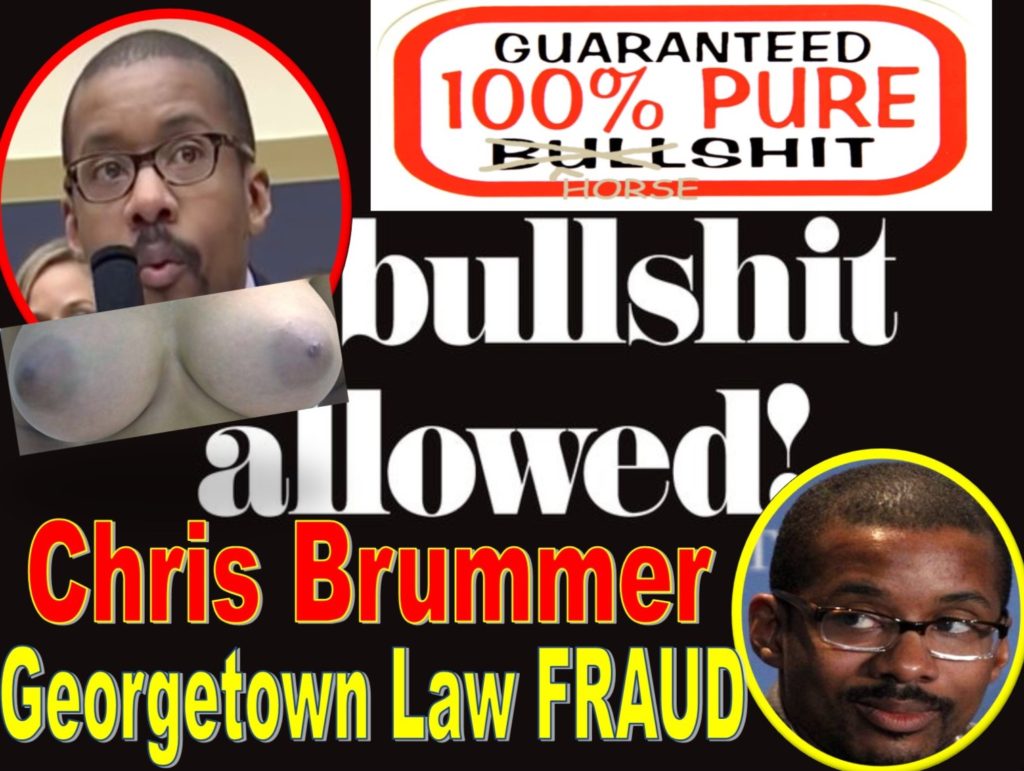 FINRA GUILT BY ASSOCIATION, WTF IS DUE PROCESS?

When FINRA NAC went after Harris and Scholander, Brummer repeatedly named two non-FINRA members in his various complaints.  The two, Robert Newman (a Cornell grad and former Sullivan & Cromwell securities attorney) and Benjamin Wey (a Columbia-educated Wall Street financier and CEO of private equity firm New York Global Group), were named as “stock promoters” along with Harris and Scholander. While the FINRA NAC decision, which was authored by Chris Brummer clearly implicated Newman and Wey as being involved in Harris/Scholander’s alleged misconduct, neither Wey nor Newman was a FINRA member. Neither one of the two were given an opportunity for a hearing. Despite their status as pedestrians, non-FINRA members and by-standers, Wey and Newman’s names were tarnished throughout the FINRA NAC decision and gave the distinct impression that Wey and Newman were directly tied to FINRA’s fraud claims against Harris/Scholander.

FINRA lawyers Robert Colby and Alan Lawhead took a peculiar position that FINRA had not accused Newman or Wey of securities fraud although conceding FINRA had dragged their names through the mud, repeatedly re-publishing unflattering findings on FINRA websites and in the public domain. Mr. Wey would end up being indicted in 2015 on securities fraud charges, accusations that were largely based on the FINRA NAC decision authored by Brummer. Attorney Robert Newman was sued by the SEC in a civil complaint in 2015 as Mr. Wey’s “co-conspirator,” a charge also built on the botched FINRA NAC decision authored by Chris Brummer.

But the government’s charges against Wey and Newman crumbled in August 2017. All charges against Mr. Wey  were voluntarily dismissed by the U.S. Attorney’s Office for the Southern District of New York, The New York Times reported. By September 2017, the SEC dropped its parallel civil complaints against Wey and Newman. Wey and Newman were vindicated. Mr. Wey has since vowed to sue anyone who’s lied to the government, causing him millions of dollars in losses. Chris Brummer was front and center as the FRAUDSTER sitting on top of a trash can waiting to be exposed in court.

Neither Wey nor Newman is a member of FINRA, yet they found themselves entwined in a FINRA complaint that implicated them in criminal wrongdoing, costing them millions in legal fees, tremendous grief and lost business. FINRA has never heeded plenty of warnings by both Wey and Newman’s lawyers.

Newman’s attorney, Joanna Hendon, a former federal prosecutor protested to FINRA in a March 12, 2015 letter addressed to FINRA NAC lawyers Alan Lawhead and Michael Garawski, demanding FINRA remove Newman’s name from its documents. “Your brief refers to my client [Newman], by name, 13 times, notwithstanding that he is not a party to the action (or to any FINRA proceeding) … Newman has no dog in this fight,” referring to the claims against Harris/Scholander.  FINRA fired back in a letter from Alan Lawhead that it would not be amending its complaints to redact the name of Newman. Hendon stressed to FINRA that “Mr. Newman does not court publicity,” and that “some of the only references to Newman in publications had to do with his alleged association [denied by Newman] with Harris/Scholander.”

Mr. Wey’s lawyer David Siegal also wrote to FINRA NAC on multiple occasions, asking FINRA to remove Mr. Wey and his firm’s names from public shame – they had been mentioned more than 30 times by FINRA in the Harris/Scholander case. FINRA responded through another Lawhead letter dated May 19, 2015, insisting that calling someone a “stock promoter” being implicated in a crime has no “negative connotation or is a facially defamatory reference.”

FINRA’s grudge against Wey and Newman didn’t just stay within FINRA proceedings. FINRA passed its Brummer-authored NAC decision to the SEC, DOJ and FBI. A few months later in September 2015, Mr. Wey was indicted for securities fraud. Prominently featured in his indictment is a criminal charge alleging him “bribing two retail brokers.”

Since Wey’s vindication last month, he has vowed to seek justice against “liars and abusers.” In a press release, Wey said “Government agencies were misled by the vindictive NASDAQ, FINRA – of which we are not even their damn members within their jurisdiction.” On October 2, 2017, Mr. Wey sued Christopher Brummer. The lawsuit alleges “Brummer’s malicious defamation of Mr. Wey has misled law enforcement authorities and grossly injured Mr. Wey in business, trade and profession.” Wey seeks more than $10 million in damages. Wey believes FINRA’s naming him in a FINRA proceeding was the direct cause to his now botched indictment. The matter is pending in New York state court.

Calling Christopher Brummer a “peevish academic who holds a degree in ‘Germanic Studies,” Mr. Wey charged in his lawsuit, “The intentional misstatements and purposefully distorted, manipulated and manufactured assertions by Brummer about Mr. Wey in the FINRA NAC Decision were calculated by Brummer to intentionally injure Mr. Wey in his profession…”

There is no shortage of critics of FINRA within its own membership.  However, does FINRA have the ability or authority to name nonmembers in complaints it has against its own members?  This case is a landmark. It also proves to define, limit, FINRA’s ability to affect the lives (livelihood) of its nonmembers, of which there are over 330 million in the U.S.

Is it fair for FINRA to screw over nonmembers or rape their reputation? It could you as the next FINRA target… Pick up your sense of justice, your pen and your conscience. Tell FINRA there is no tolerance for its abuses.

Why FINRA Staff Are Lousy in Bed, ...