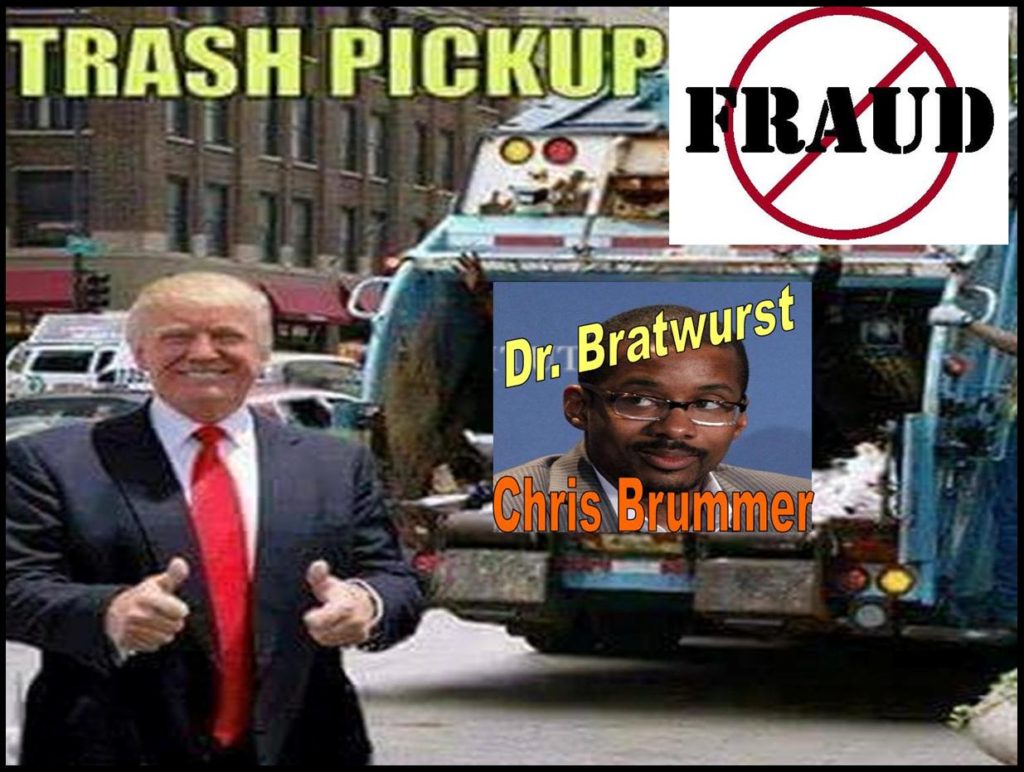 “Chris Brummer’s checkbook Michael Milken has been kissing up to the Trump folks,” said a source on Capitol Hill. “After giving millions to the Clinton Foundation betting on the wrong horse in Hillary, Milken has no seat at the Trump table.”

“Chris Brummer’s CFTC nomination was bought by Michael Milken, who is closely tied to the Clinton corruption.”

Since Trump took over The White House, Senate staffers from Senators Mitch McConnell, Pat Roberts, Debbie Stabenow’s offices have declined to comment on Chris Brummer’s dimming possibility at CFTC. Anthony Scaramucci, president-elect Trump’s economic adviser was blunt with reporters, “The Trump Administration would not tolerate a CFTC commissioner who has no experience in agriculture. Chris Brummer has no chance of being renominated. It’s game over for him.”

Chris Brummer is a bookworm from Arkansas. Growing up chasing wild boars, Brummer has no experience in just about anything real in life: agriculture, law or financial regulations. Known as “Dr. Bratwurst” because of his bullshit degree in “Germanic Studies,” the Arkansas razorback Brummer is often ridiculed in the media as a “Georgetown ‘law professor’ who knows no law.” Indeed, in October 2016, Chris Brummer was sued for fraud by a black man, who is accusing Brummer of ruining his wife in 2014 when Brummer supplemented his measly income doing a moonlighting job for the notorious FINRA NAC.

The highly controversial Georgetown law professor Chris Brummer has a laughable degree in “Germanic Studies” – grilling Bratwurst sausages, drinking beer and bedding naked European women during Oktoberfest. Michael Milken’s push for Brummer as Obama’s CFTC nominee comes with a heavy load of garbage of his own: Michael Milken is a convicted financial felon dubbed the “junk bond king of the 1980s.” Found guilty of market manipulation to the tune of $10 billion, Michael Milken was sentenced to ten years in prison.

Barred from the investment industry by the Securities and Exchange Commission, criminal Michael Milken has been looking for an outlet to sneak back into the business of toying with other people’s life savings. Soon, Milken landed his eyes on the Georgetown nutty professor Chris Brummer largely because Brummer had some very “soft knees”:

“A black man from Arkansas, Chris Brummer studied German opera, loves money and sex, is obedient like a slave and the best of all, he is totally clueless about anything else.”

Sources say a deal was struck between the criminal Michael Milken and Brummer: If Chris Brummer were to be confirmed as a CFTC commissioner, Brummer would be installed as Milken’s front to manipulate America’s commodity markets.

In October 2016, two unqualified men were selected by Washington’s political “swamp” as candidates for the CFTC. The Republican party nominated Brian Quintenz, a former Hill staffer who just recently emerged out of a nasty divorce – dead broke. The Democrats picked the imbecile Dr. Bratwurst – Chris Brummer, only after Michael Milken had made large campaign donations to the Democratic Party.

“In nominating Brian Quintenz and Chris Brummer to the CFTC, America’s farmers were sacked with two highly unqualified empty suits.”

That was, until the unexpected Trump victory rocked the comfortable political nepotism in Washington DC.

“Brian Quintenz is at least an experienced commodity day trader working out of his bedroom,” said a Hill insider. “Chris Brummer can’t tell the difference between a stock and a livestock. Chris Brummer is a political liability to Quintenz.”

CHRIS BRUMMER, THE CFTC NOMINEE UNABLE TO BALANCE A CHECKBOOK

Trump transition team told reporters they were putting a freeze on all Obama nominees, including Brian Quintenz and Chris Brummer.

What’s left in the Washington DC political “swamp” is a simple question waiting to be answered: Will Senators McConnell and Roberts jam through Brummer and Quintenz before Trump is sworn in? Political insiders don’t believe a senator would risk angering Trump.

“The stench of Brian Quintenz and Chris Brummer is so bad. Everyone is staying away from these two Obama CFTC nominees,” said a Hill staffer familiar with the Senate Agriculture Committee. Wall Street Journal reporter Andrew Ackerman and a Politico reporter who have covered the CFTC process also couldn’t predict what would happen to Quintenz and Brummer. They said they were watching, with a great deal of curiosity, what may come out of the political nepotism in the Brian Quintenz, Chris Brummer CFTC saga.

“Reporters have obtained copies of Brummer’s financial records. Brummer’s lousy financial status has raised serious questions about his qualification for any government job.”

Brummer is deep in debt – the man can hardly balance his own checkbook. Brummer’s wife Rachel Loko Brummer doesn’t fare better either. The two free spenders have ruined credits. Can Brummer manage CFTC’s massive finances when he could hardly pay his own credit card bills?

Nepotism is not Chris Brummer’s only problem. A frivolous spending habit may have driven Brummer over the edge of the law. Deeper concerns about Brummer’s ethics and character have surfaced from court filings.

Professor Brummer was recently sued for financial fraud. While Brummer was at a moonlighting job for FINRA NAC to supplement his income, he allegedly ruined the lives of two black brokers by fabricating evidence against them so that he could have sex with a FINRA “star witness.” Talman Harris, one of the two wrongfully accused men sought assistance from the Black Lives Matter movement. With BLM’s help, Harris filed an appeal to the Second Circuit Court of Appeals which blasted Professor Brummer for making up stories, rigging a FINRA NAC hearing, fraud and abuse of power. The court record is here.

Should black lives matter to a CFTC nominee? Senate staff have declined repeated requests for comments.

President-elect Trump has vowed to “Drain the Swamp” in Washington. Nepotism is clearly at play in the highly questionable Brian Quintenz – Chris Brummer CFTC nomination process. There is plenty corrupt fish feeding from the bottom of a CFTC swamp.