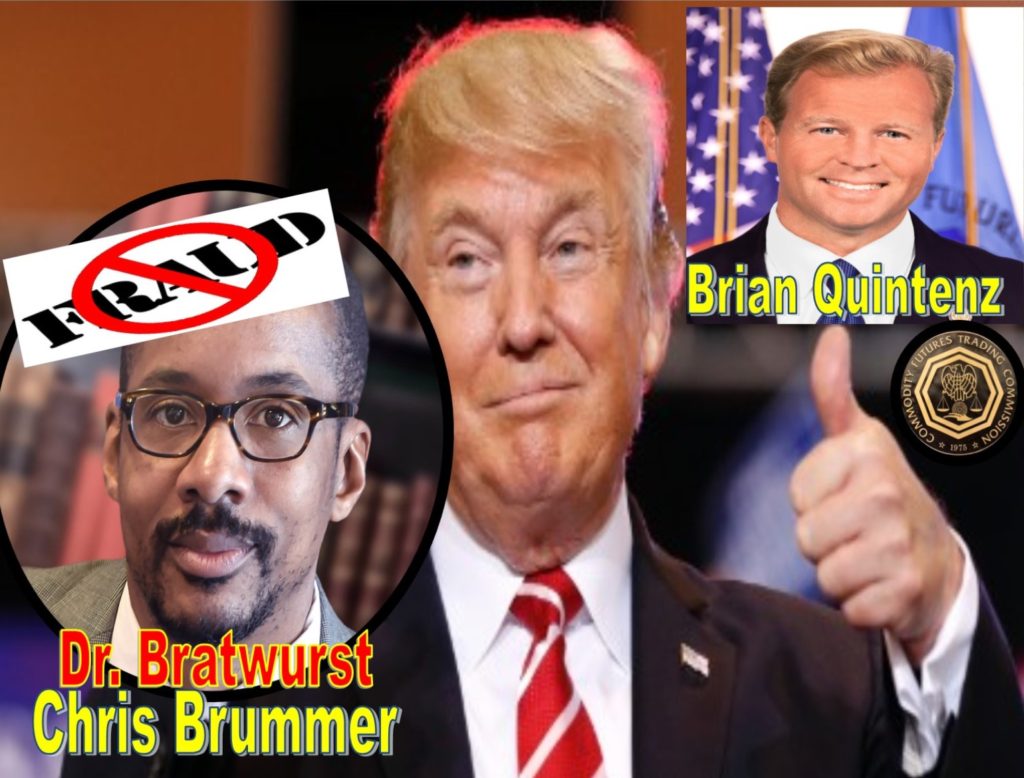 CHRIS BRUMMER, the notorious Georgetown Law Professor known as Dr. Bratwurst was dumped into the trash by President Trump, after being ditched as an Obama CFTC leftover nominee.

The White House has confirmed Brian Quintenz, founder of Saeculum Capital, a major commodity trading outfit and Duke graduate as a commissioner of the Commodity Futures Trading Commission (CTFC) for a term expiring April 13, 2020.

Brian Quintenz was originally nominated by Obama last year, but his confirmation was not voted on before Congress ended its session for the year. President Trump had formally withdrawn Quintenz’s nomination before re-nominating him. He will fill the seat vacated by Scott O’Malia. 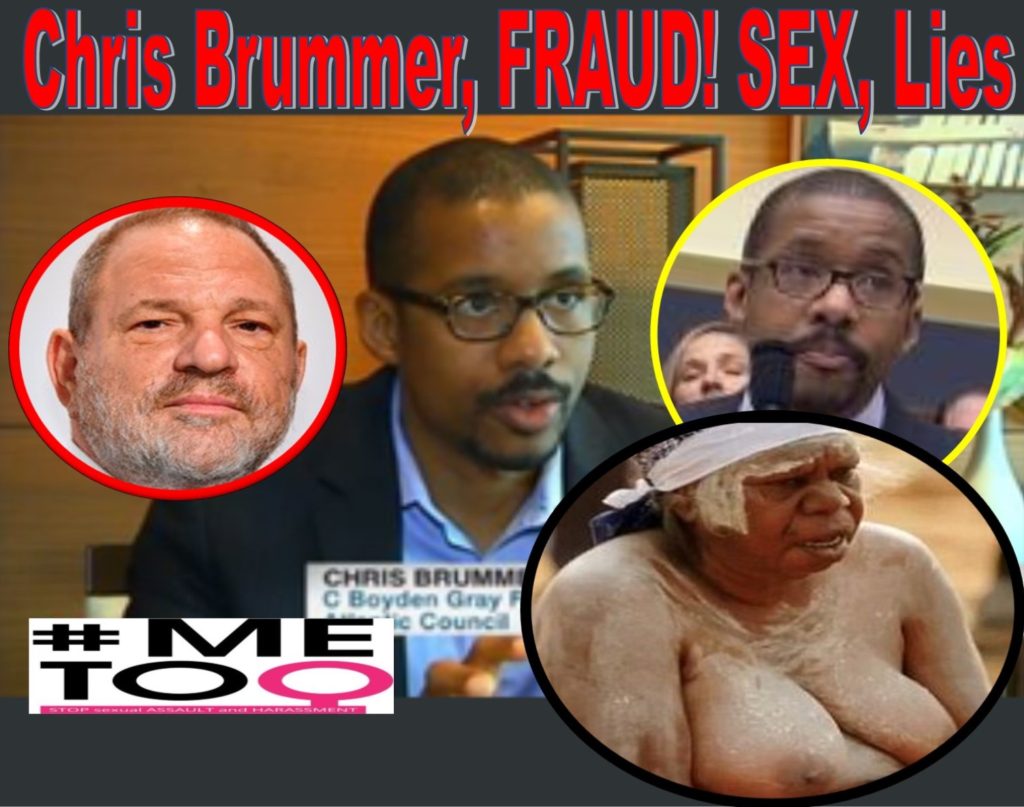 CHRIS BRUMMER, an Arkansas native backed by ex-convict MICHAEL MILKEN is also eyeing the CFTC job but has ended up as a total loser. CHRIS BRUMMER is an airhead academic who has zero experience in agriculture, commodity or finance was also vying for the CFTC beauty contest. Notorious as Dr. Bratwurst, Chris Brummer has a shocking, laughable degree in “Germanic Studies,” which for a reasonable mind is more about grilling sausages and courting European chicks than what’s required as a CFTC nominee.

“I pledge to utilize my two decades of experience as a commodity market expert to ensure the market concerns of the agricultural sector are recognized and to continue developing a firsthand knowledge of the agricultural community,” Quintenz said before the Senate Agriculture Committee. “Transparency increases market efficiency and can provide important checks on risky behavior. The Commission’s focus on data and transparency is encouraging, but more progress is needed.”

In his testimony, Quintenz indicated that he was in favor of restrained regulation. He noted that the financial crisis of 2008 “exposed deep flaws in our markets” and deserved a legislative and a regulatory response. However, he added that “regulations meant to address those flaws should not spill over to harm the normal activity of ordinary businesses. When costs are added without targeting risk, poor outcomes ensue. When standardized rules treat low-risk behavior and high-risk behavior equally, risk is encouraged instead of reduced.”

Quintenz was the founder of Saeculum Capital Management in 2013, and before that he was a consultant with Rose International. Quintenz served in the office of US Representative Deborah Pryce from 2001 to 2007, first as a staff assistant, then rising to the level of senior policy advisor. He received a B.S. from Duke University.

“Saeculum is an investment firm currently registered with the CFTC as a Commodity Pool Operator. As the sole proprietor of the firm, it is my responsibility to effectively and meticulously manage risk as well as compliance,” Brian Quintenz told the Senate Agriculture Committee. “I am, therefore, very familiar with the CFTC’s investor protection rules, disclosure requirements, and recordkeeping obligations,” he said, adding that “I will work to ensure that regulations and their burdens are tied to the risks being mitigated.”

CFTC has a total of five commissioners.

As Brian Quintenz celebrates his new position as America’s incoming CFTC commissioner, Chris Brummer has been struggling to swim out of a trash can since Trump dumped.

Chris Brummer’s run-in with the law has just started. In October 2017, Chris Brummer was sued for committing a $100 million fraud against two African American investment brokers. According to the lawsuit against Chris Brummer, reported by the Forbes Magazine, Brummer was accusing of defrauding and lying to the FBI, and DOJ, which is a serious crime. 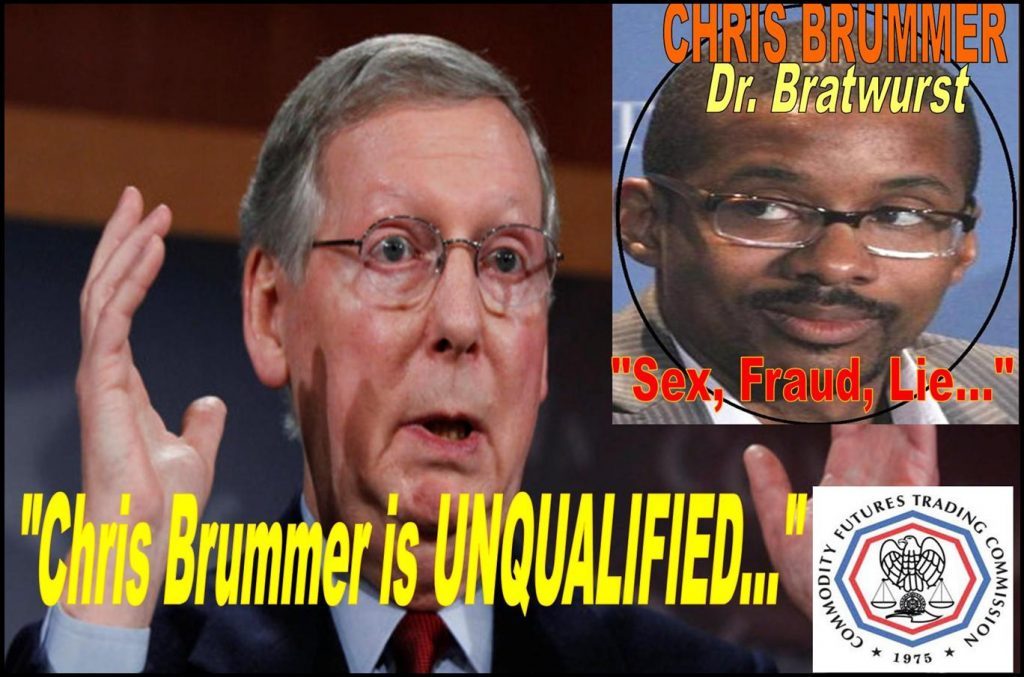 It’s yet known when the shackles would be put on Chris Brummer’s ankles, but one thing is certain, Chris Brummer’s fantasy of misleading the U.S. government is over. President Trump has just saved America from a major catastrophe arising out of the Chris Brummer fraud.

Why FINRA Staff Are Lousy in Bed, ...